FREE SHIPPING on orders of $200 or more!

Innovated and introduced by Ed Brown over 20 years ago, and widely copied by others in recent years, the Bobtail® is a concealed carry modification to your Government Model frame that transforms it into a Round-Butt pistol. It consists of a specially manufactured housing and frame modification. The Bobtail® removes a full ½” of excess metal from the bottom rear of the gun, where the mainspring housing pin is located. This not only reduces the weight, but solves two well-known problems of carrying a 1911. First, it drastically increases comfort during carry. There is no sharp butt to poke you in the ribs. Second, it increases concealment during carry, because the hardest thing to conceal on a 1911 style pistol has always been the sharp, projecting butt. The Bobtail® uses an Officer’s model mainspring and internals, which are included and installed. Extra internals for an Officer’s housing can be purchased if needed. 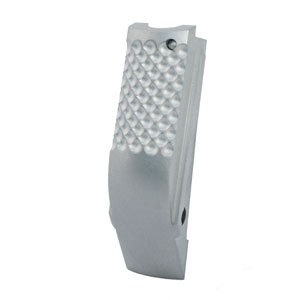